On Monday, Republican candidate Matt Dolan made national headlines with a new ad launch and polling that indicates increased traction in the race for U.S. Senate. The commercial, “Pencil,” features Dolan talking about the Biden Administration’s failure to secure the Southern Border and the resulting drug and human trafficking challenges this crisis poses for Ohio and the nation.

“A former county chief assistant prosecutor and state assistant attorney general before running for elected office, Dolan highlights that ‘as a prosecutor and a legislator, I cracked down on drug dealers and traffickers here in Ohio. In the U.S. Senate, I will fight for more Border Patrol and to finish the Wall’.”

“Border security is a top issue with Republican voters in Ohio and across the country, and Dolan emphasizes at the end of his ad that ‘without a border, we have no country’.”

Here’s what they are saying about the ad:

“Interesting way to blend a local issue with border control.”

“Anyone who has dealt with treating addiction or have a loved one hurt or die by drugs knows Matt Dolan is dead on. Red China is poisoning Americans, and the Biden Administration is literally allowing this to happen without a fight.”

“Great new ad from Matt Dolan – the only Ohio Senate candidate who consistently remains focused on advancing conservative solutions to the issues that directly impact Ohio!”

“Once again, Matt Dolan is the only Ohio Senate candidate focused on issues affecting Ohio. These are critical issues and Matt is the only one talking about them.”

“Again, Dolan is focused on addressing real issues facing our state- and in this case an issue literally plaguing Ohio.”

“State Senator Matt Dolan out with an ad hitting Biden’s border policies—very much has a general election vibe to it.”

“Matt is right.  And he is the only one in the race focused on these issues.”

“Matt Dolan is still the only one in the field not spending his time sucking up to Trump and running against Biden instead.”

In other notable news, Monday witnessed the second independent poll in a week that had Dolan gaining ground in the Senate race. 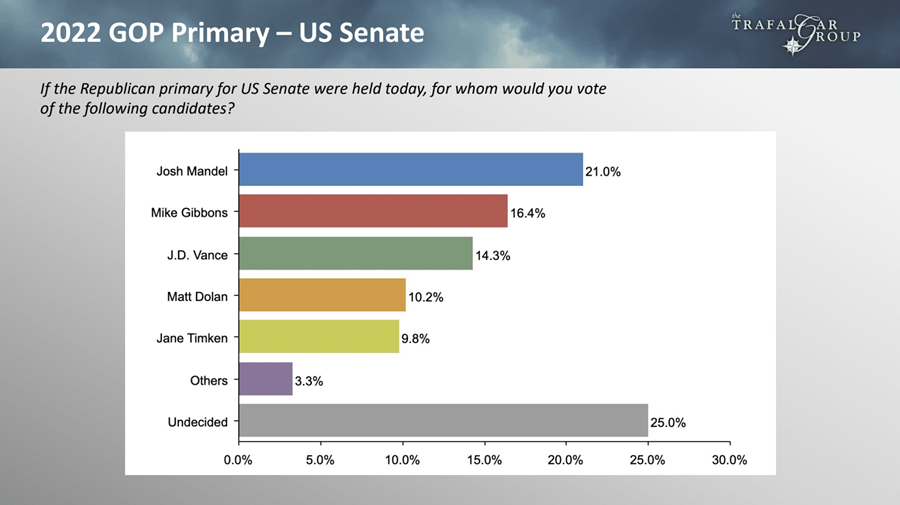 The following was Matt Dolan’s response to the survey: 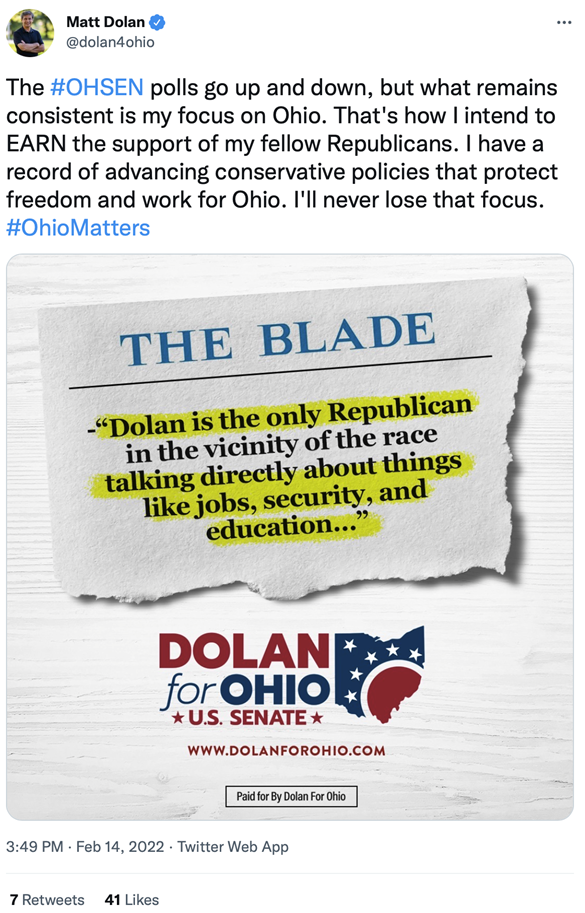