Today Matt released the following statement following passage of the partisan Democratic “Build Back Broke” bill in the U.S. House: “The reckless and irresponsible Build Back Better Act is bad for our country and bad for Ohio. This bill taxes too much, spends too much, balloons the national debt and will explode the present inflation crisis that is already restricting economic growth and crushing Ohio families and businesses.”

This bill clearly illustrates that not only must Republicans retake the Senate in 2022, but that their majority must consist of proven fiscal conservatives who have cut taxes, reduced regulations and spending and have passed balanced budgets. Matt is the ONLY candidate for U.S. Senate with a conservative record of results for Ohioans. The Ohio Republican Party calls Matt’s most recent budget in Columbus, “the most conservative budget in Ohio legislative history.” Read Matt’s full statementon the reckless #BuildBackBroke bill HERE.

Last night, Matt had a few minutes before addressing the Union County Republican Club, so he stopped at a great Ohio small business, Benny’s Pizza, in Marysville. Matt spent some time with Ben, the owner, and they talked about business and the race for U.S. Senate. (It would make a great pick for #DinnerWithDolan!) 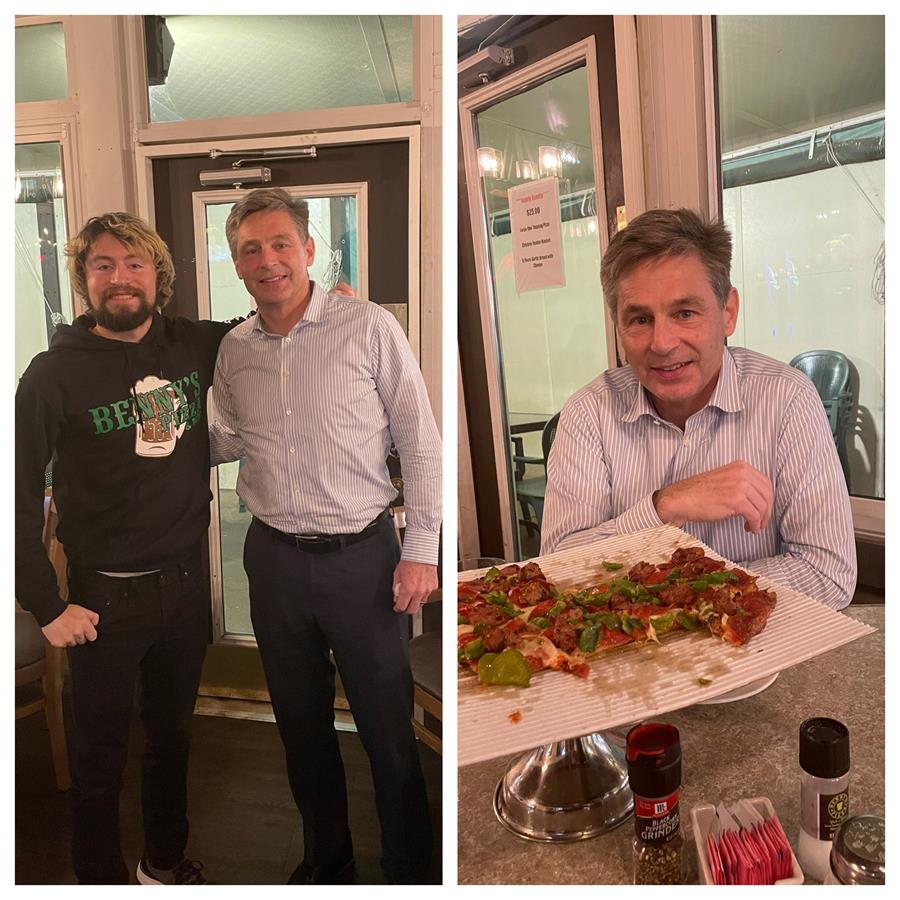 After filling up on pizza, Matt addressed and took questions from the Union County Republican Club. They discussed issues ranging from health care and Medicaid costs to questions on water runoff regulations. These are the issues important to Ohioans and why Matt is making sure his race for U.S. Senate is focused on Ohio. 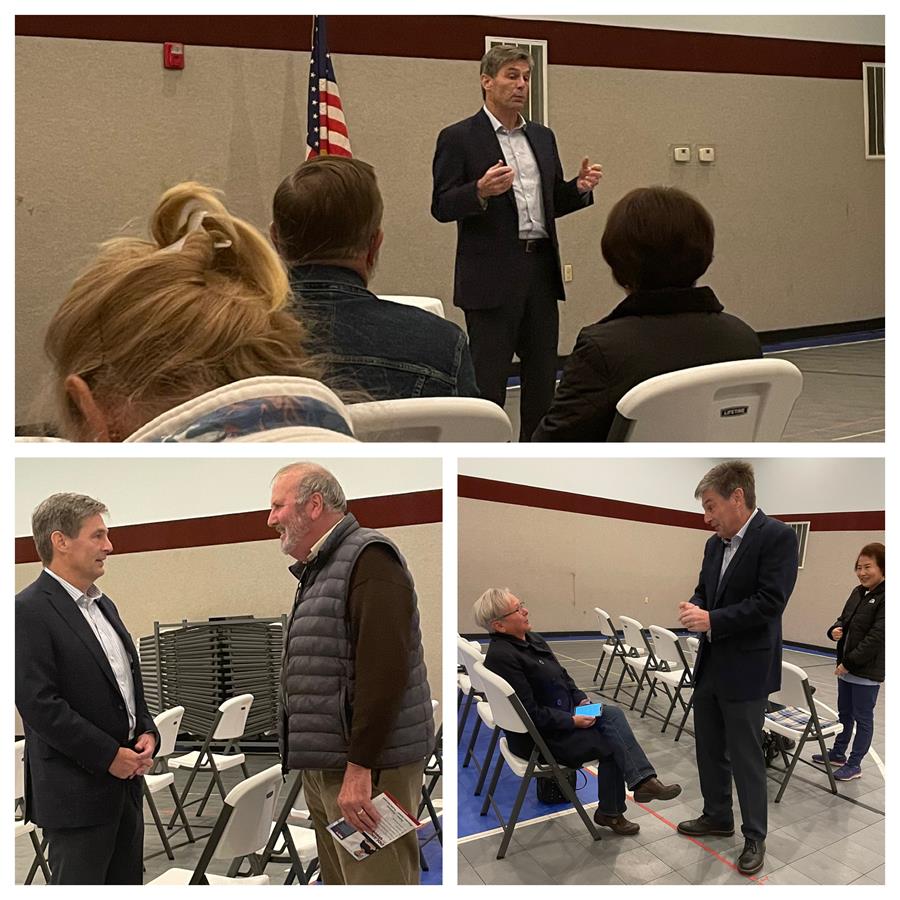 This week, Matt also had a chance to speak with ABC6 TV in Columbus about the race for U.S. Senate.  Matt stressed that Ohio gets only two seats in the U.S. Senate and this race is about one of them! We don’t need a bomb thrower or aspiring cable TV star with empty rhetoric. Ohio needs a worker with a record of conservative results and someone capable of putting Ohio first. 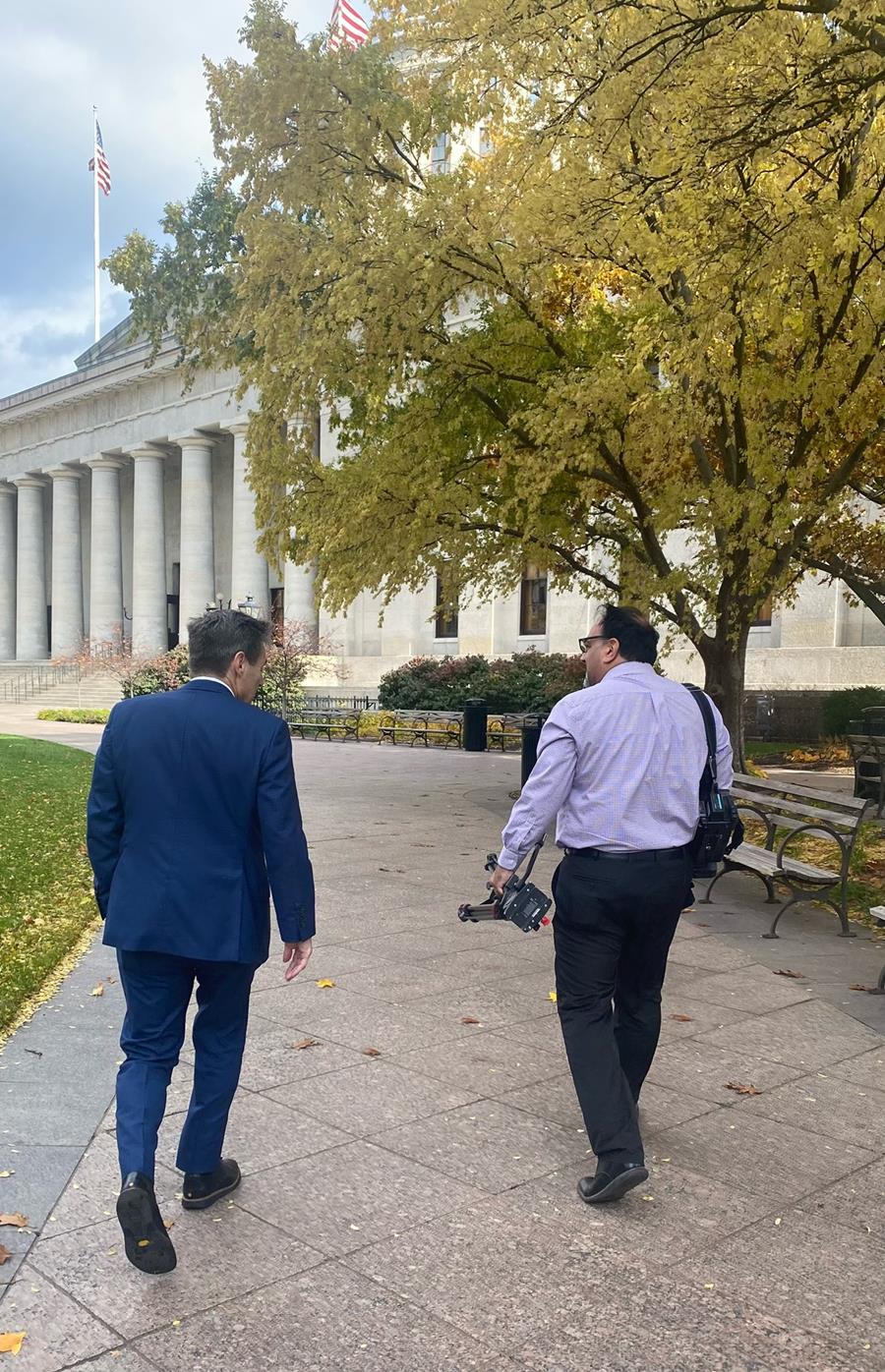 With the rest of the Senate field either embracing or pretending to ignore Michael Flynn’s recent call for a national religion in the United States, Matt once again illustrated the fact that he is the only candidate who stands with the Constitution.  Matt condemned Flynn’s remarks as “unAmerican”: 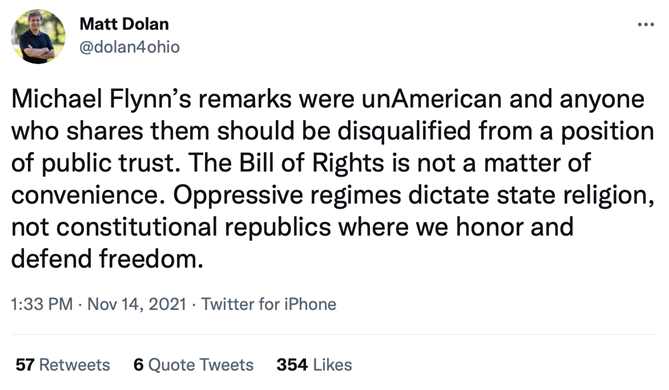 Lastly, Kevin Shimp, head of the CapCity Young Republicans in Columbus, wrote a letter to the editor supporting Matt’s candidacy which was printed in the Columbus Dispatch.  In it, he focused on Matt’s proven record of accomplishments. “We have heard a lot about fighting for Ohio, but talk is cheap … Dolan is the only candidate who has illustrated his ability to actually cut your taxes, reduce the size of government, and protect the First Amendment.”

We hope everyone has a great weekend and blessed Thanksgiving with family.