Every Senate candidate talks about standing up for Ohio’s brave law enforcement community, but this week Matt Dolan proved he is the only one with a track record of actually doing it. At a time when socialist Democrats in Congress and in other cities across America are looking to defund police, Matt worked to advance legislation out of the State Legislature that provided $250 million in funding resources for Ohio’s brave police officers and first responders. It also directed vital resources to local schools, childcare facilities and even healthcare workers across the Buckeye State so they have what they need to continue on the road to recovery. Matt noted that this funding was meant to keep Ohioans safe and empower people, not government.

Our #OhioFirst campaign couldn’t be more thrilled with the outpouring of grassroots support we have received since Matt launched his campaign in September. Interest was so strong during November’s $5+ #DinnerWithDolan competition that we decided to pick two winners. The first is Rick LoBuono from Butler County who selected Basil 1791 in Hamilton for his #DinnerWithDolan. 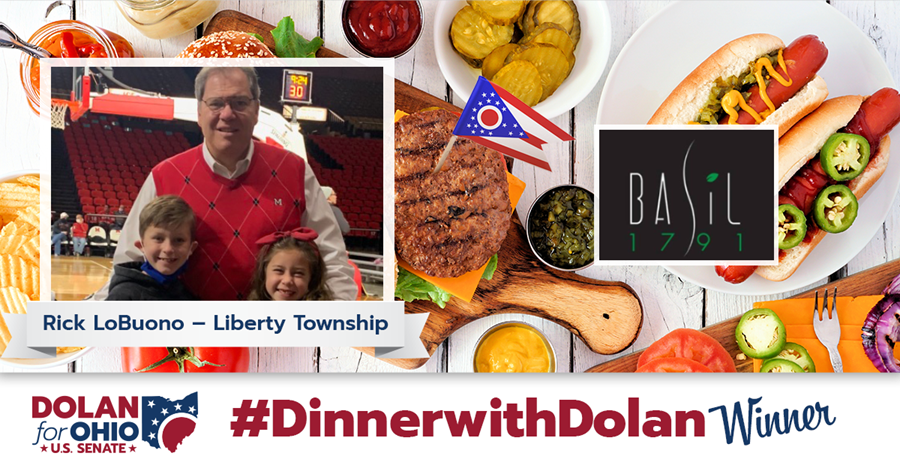 Our second winner for November was Tom Hosler from Lucas County who picked Stella’s Perrysburg for his #DinnerWithDolan. Matt is looking forward to catching up with Rick and Tom real soon and is grateful to everyone who donated $5 or more to our campaign.  If you missed it this time around, be sure to keep an eye out for our next #DinnerWithDolan push in the new year! 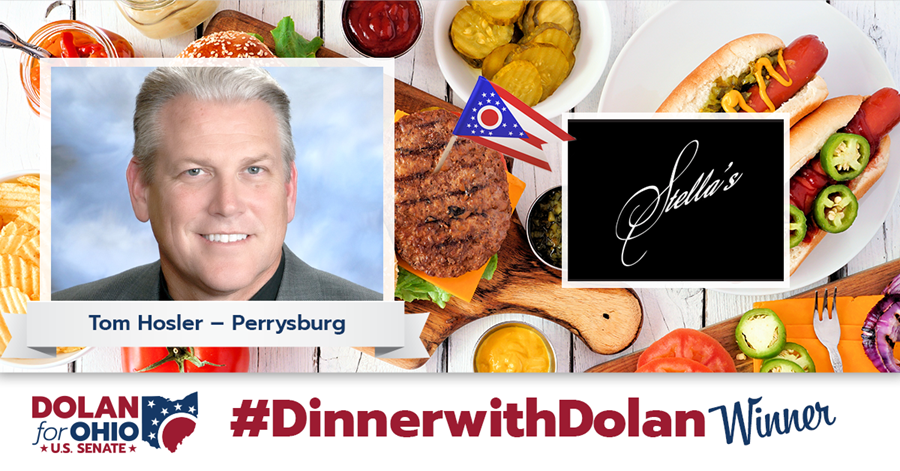 This morning we learned the pace of the national inflation crisis is now at a 40-year high. Gas, groceries, and everyday items across the board all are more expensive. Tim Ryan knew this when he rammed trillions in new spending through the House. It is clear that Joe Biden’s “Build Back Broke” agenda must be stopped in the Senate or this crisis will only get worse.

Matt Dolan applauded the action taken by Republicans in the U.S. Senate this week to roll back Joe Biden’s arbitrary and unconstitutional vaccine mandate that would penalize thousands of Ohio businesses and workers. Congressman Tim Ryan talks about fighting for Ohio, but Matt noted that it’s his blind loyalty to the likes of Pelosi and Biden that now stands in the way of repeal.

“Bob Dole was a war hero and preeminent American statesman whose love of country came second only to the devotion he held for his wife, Elizabeth. Like many other members of the Greatest Generation, Senator Dole’s career was marked by honor, selflessness and integrity. Even in his later years, he would often be seen on the National Mall, at the end of so many Honor Flights greeting his fellow veterans at the World War II Memorial. I am deeply grateful for Bob Dole’s lifetime of service and my thoughts will be with Elizabeth and the entire Dole family as we honor and celebrate the life of this iconic American in the weeks ahead.”

Finally this week, Matt and Jessica were pleased to attend the Geauga County Republican Christmas Party at the invitation of the county party. Congratulations to Chairman Nancy McArthur for hosting a great event! 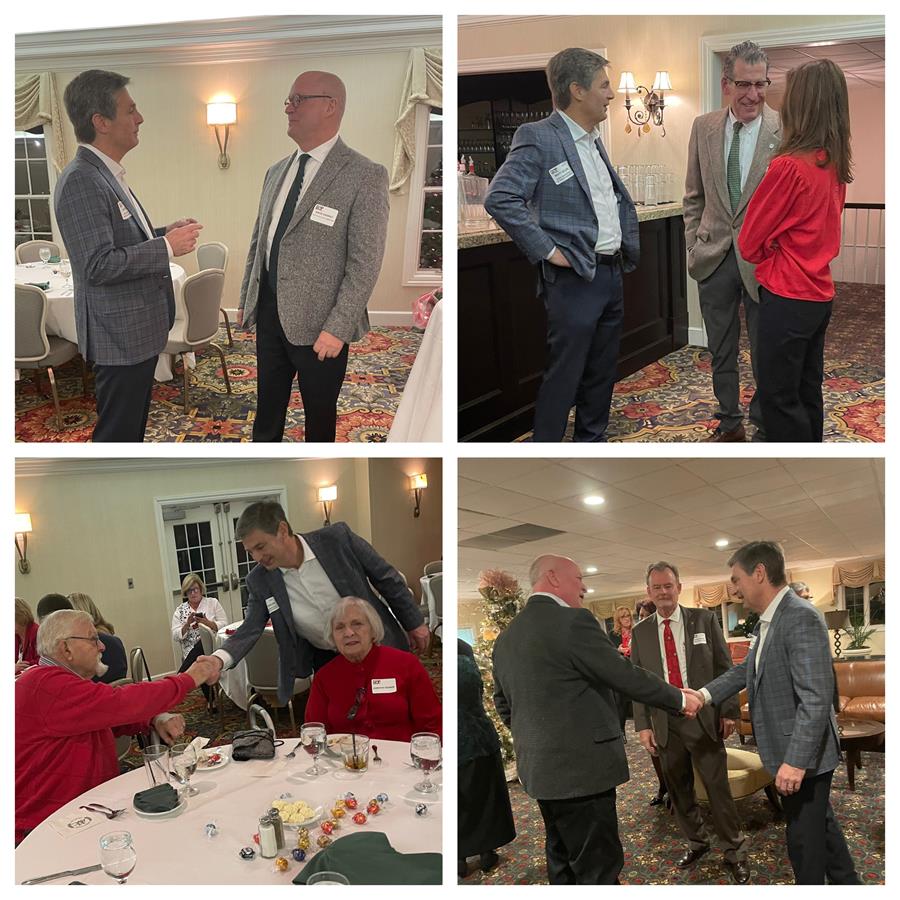 You can learn more about Matt’s campaign and how to get involved on our team at www.DolanforOhio.com.

Have a great weekend,