“I commend Senator Rob Portman for negotiating an historic, targeted and standalone infrastructure bill that will not only deliver jobs and long-overdue road, port, rail, bridge and broadband upgrades for Ohio, but is also paid for when factoring in repurposed COVID relief funds, among other offsets. This is the kind of commonsense, conservative leadership Ohioans have come to expect from their U.S. Senator.

“This evening we also witnessed with stunning clarity the reckless and irresponsible behavior of Tim Ryan, who voted to advance a radical, far-left policy agenda with absolutely no idea of how much it will cost Ohio taxpayers. With our national supply chain under immense stress and rising inflation now impacting every American family, we must ensure this reconciliation bill never becomes law.”

Matt Dolan is the only candidate in the Republican Primary for U.S. Senate who supported the targeted infrastructure bill negotiated by Senator Rob Portman. The bill, which passed as a standalone measure, will now provide thousands of Ohio jobs and billions of dollars in commonsense investments to improve the quality of life of every Ohioan. This has earned Dolan wide praise as an issue focused leader committed to putting the needs of Ohio first.

“Anyone wanting to get the political pulse of the GOP race to succeed U.S. Sen. Rob Portman next year need look no farther than how the leading contenders reacted to the Cincinnati Republican’s bipartisan infrastructure compromise that could steer billions to Ohio. They were against it.”

“Yet there is hope for those who want to reclaim Republican sanity in Ohio and find a levelheaded candidate with some of the practical conservatism and can-do attributes of Portman.

“His name is Matt Dolan and he has now formally entered the U.S. Senate race.

“The lone prospective major GOP candidate supporting Portman’s bill is Cleveland-area state Sen. Matt Dolan, presently considering a run for U.S. Senate. Dolan is conservative, but understands you need to get things done. There is more to being a U.S. senator than simply being opposed to everything. The infrastructure bill negotiated by Portman and supported by Dolan looks out for our region’s interests. For that, Portman deserves the credit and Dolan will get my vote.” 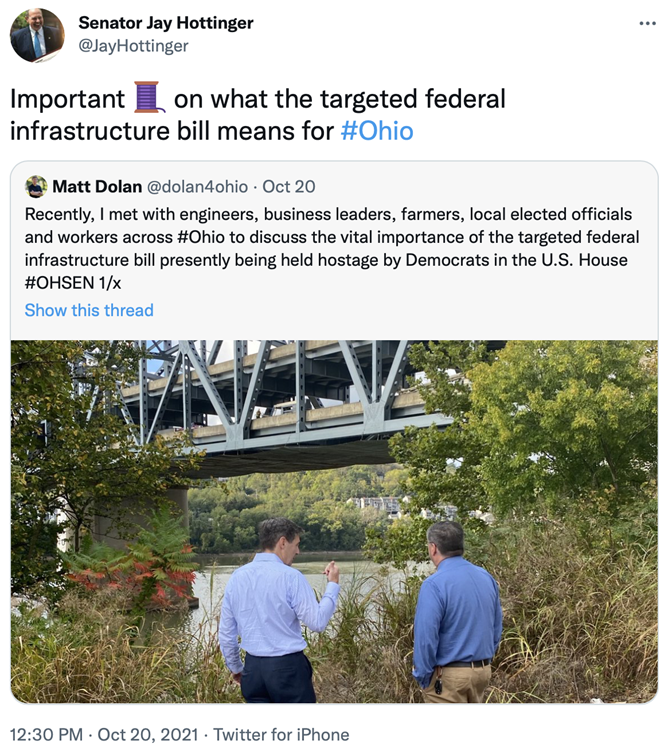 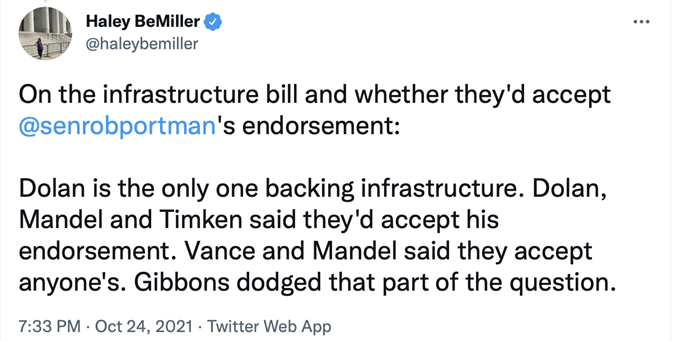 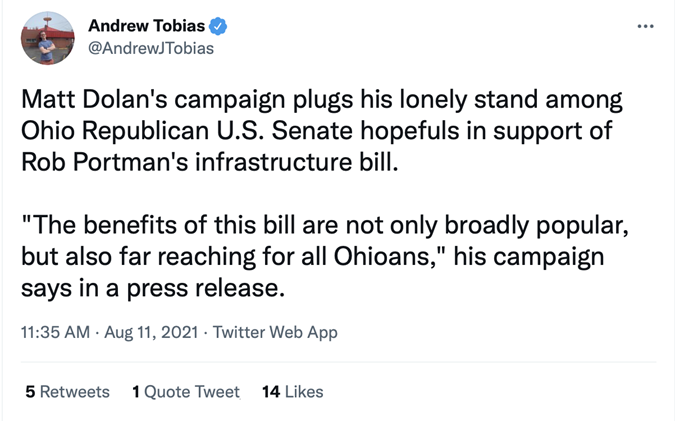 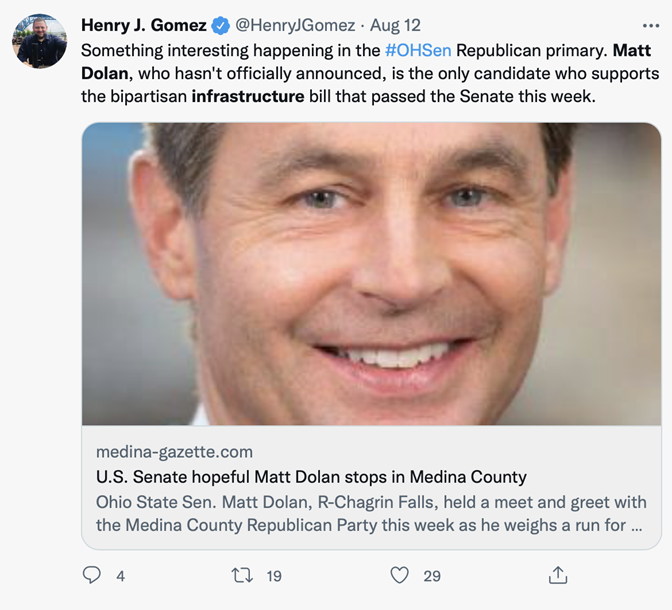