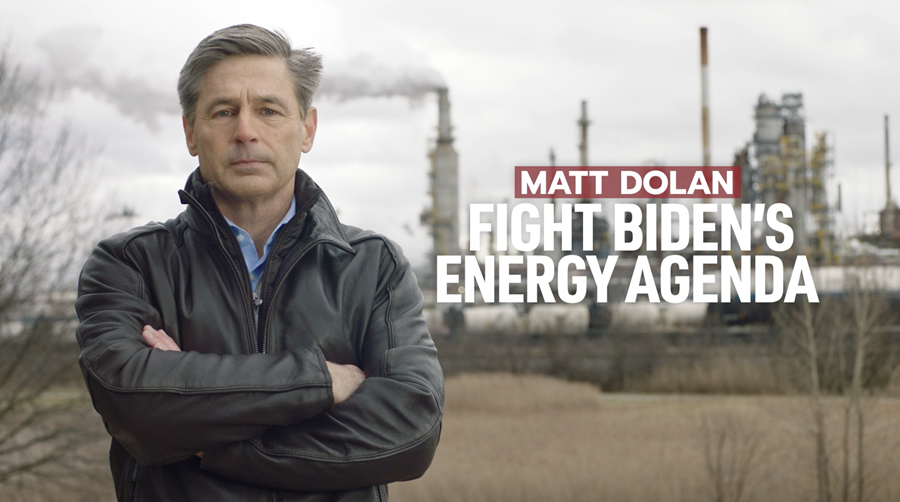 “Ohio families are struggling to pay their bills, having to choose between putting gas in their tank or buying groceries, and one thing stands in the way of relief: Democrats’ war on energy. If Joe Biden and his liberal allies succeed in shutting down Line 5, thousands of Ohio jobs could be lost, prices on everyday consumer goods would skyrocket, and billions of dollars in economic activity will be in jeopardy. In the U.S. Senate, I will bring an end to the Democrats’ war on energy and work to reclaim American energy independence so we can restore our national security, protect Ohio jobs, and bring relief to consumers,” said Matt Dolan.

According to local experts, closing Line 5 would not only kill tens of thousands of Ohio jobs, but also lead to shuttered restaurants, gas stations, hotels, grocery stores and other businesses in Northwest Ohio around the East Toledo refinery.

The Line’s impact on the broader economy also cannot be understated. Refinery output impacts fuel supply, but also the petrochemicals that are used in everyday products from smart phones and clothing, to detergents, medicine, and plastics purchased by consumers across America.

“I’m at ground zero in the Democrats’ war on energy.

“Energy prices skyrocketed, causing the worst inflation in 40 years on everything from gas to groceries.

“My opponents aren’t able to confront today’s crisis; I am.

“In the Senate, I will fight Joe Biden’s energy agenda because this war on energy is really an attack your wallet.”

The inflation rate hit a 40-year high in February, largely driven by higher gas prices. The consumer price index climbed 7.9% on an annual basis, according to data released by the Bureau of Labor Statistics. Month over month, inflation rose 0.8% from January.

This inflation rate will mean that the average U.S. household has to spend an extra $5,200 this year compared to last year for the same consumption of items, according to estimates by Bloomberg Economics.

During the first two months of 2021, nearly every category of goods and services got pricier. Gas jumped 6.6% and accounted for almost a third of price hikes. Grocery costs jumped 1.4%, the sharpest one-month increase since 1990, other than during a pandemic-induced price surge two years ago. The cost of fruits and vegetables rose 2.3%, the largest monthly increase since 2010.

In November, Politico reported that the Biden Administration “hasn’t yet made a decision about the future of the pipeline,” according to people who discussed the matter with the administration. Environmentalists and Michigan’s Democratic Gov. Gretchen Whitmer are actively calling for the closure of the pipeline. They have drawn parallels to the Biden Administration’s “stonewalling” of the Keystone XL pipeline — and saying a similar move on Line 5 would show it is serious about transitioning from fossil fuels.

The potential economic devastation to the Midwest of closing Line 5 was recently detailed by the Consumer Energy Alliance in a report, stating: “Ohio could lose up to $13.7 billion in economic activity, $147.9 million in state revenue and over 20,000 jobs from the shutdown of the Line 5 pipeline.” Losing Line 5 could result not only in lost jobs for Ohio workers and union members, but also lead to shuttered restaurants, gas stations, hotels, grocery stores and other businesses in Northwest Ohio around the East Toledo refinery.

As a State Senator, Matt Dolan joined with bipartisan members of the Ohio General Assembly in 2021 to stand in support of Line 5 by passing legislation highlighting the economic and national security benefits of the energy artery and also urging the Governor of Michigan to keep the pipeline open.