At the event, Matt stressed that Republicans have traditionally been the party of limited government and protecting individual liberty and that we must bring action to these ideas.  As The Marietta Times reported on the front page, Matt said:

“We’ve always been the party of ideas, but we’ve haven’t always been the party of executing those ideas. What I think I bring to the primary is somebody with private and public sector experience that believes Republican ideas are better…believes that when Republicans are in charge, the state and country are stronger, but if we don’t take our ideas and execute and engage and be willing to get things done, then we lose.” 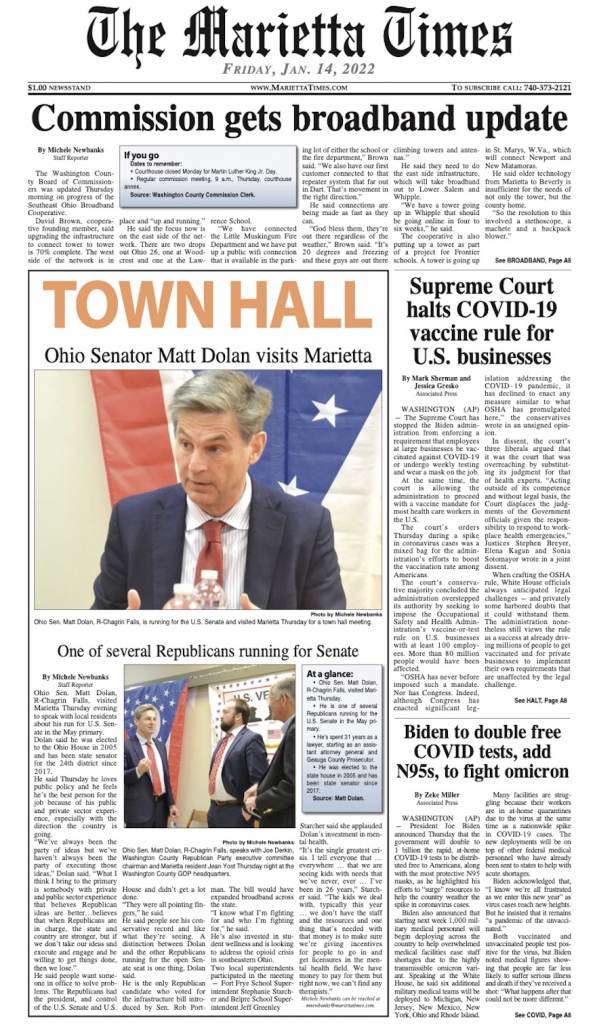 Matt delivered remarks and then proceeded to take questions from crowd for over an hour. Subject matter addressed directly by Matt included: