This event follows Matt Dolan receiving statewide recognition as he distinguishes himself as “the only adult in the room” who is unwilling to waver on his support of the U.S. Constitution and standing up for states’ rights.

In Blue Ash, Dolan was endorsed by Madeira Vice Mayor Doug Moormann and introduced by Councilman Lee Czerwonka. Following introductions, Matt delivered remarks and then proceeded to take questions from crowd for over an hour. Subject matter addressed directly by Matt included:

Afterwards, Matt delivered these remarks in response to the #OhioMatters Town Hall: 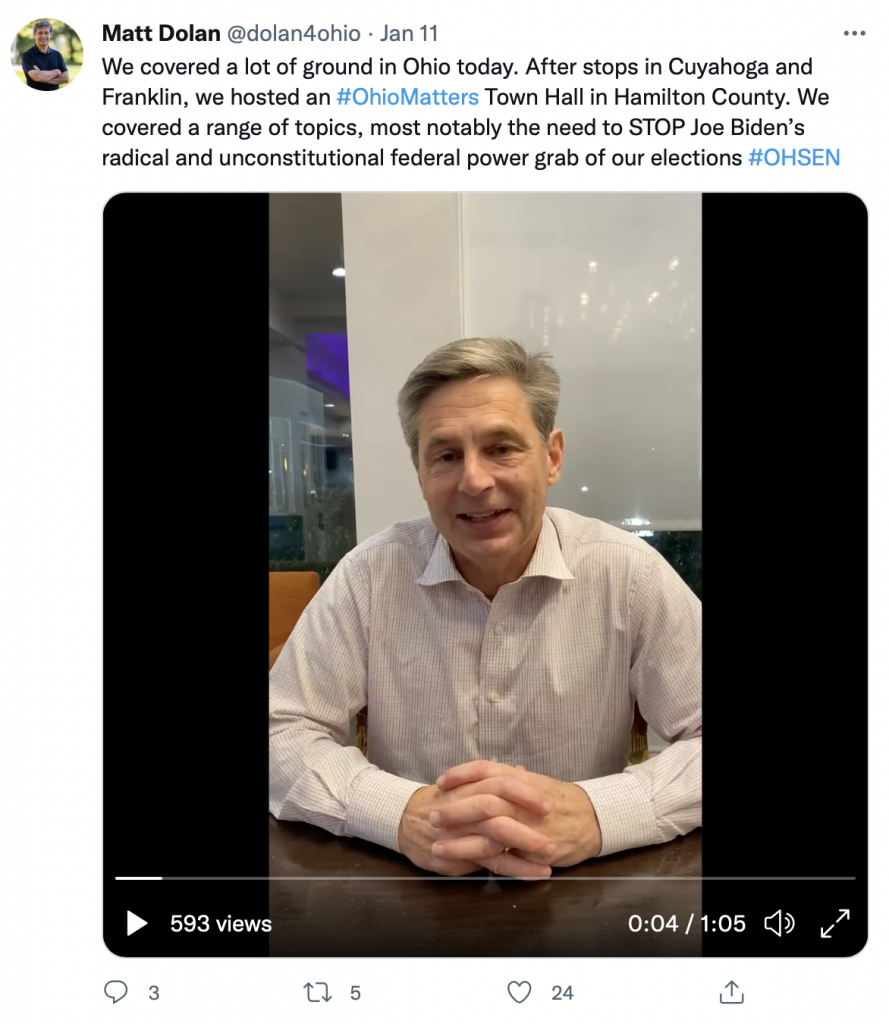