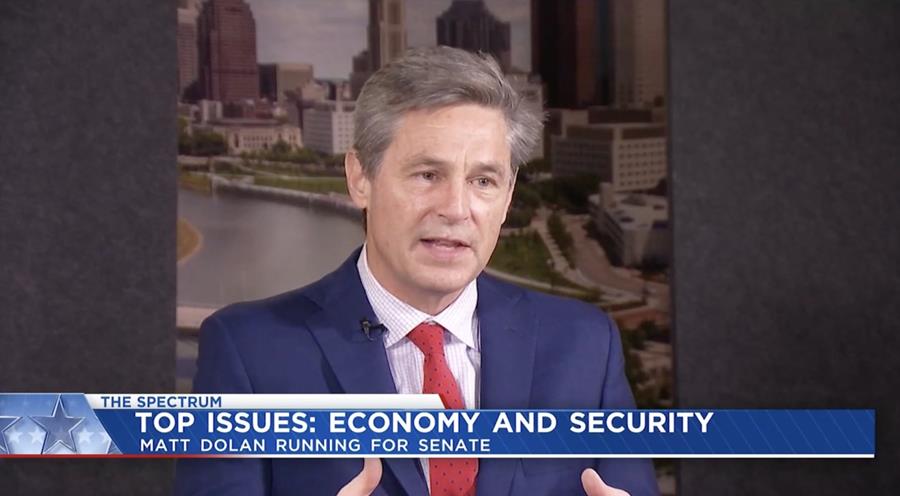 Matt Dolan recently sat down with NBC4’s Colleen Marshall, host of NBC4’s “The Spectrum” to talk about his recent endorsements, momentum, and Ohio issue focus in the race for U.S. Senate. Colleen took note to illustrate how Dolan’s substantive focus on issues impacting Ohio allow him to stand apart from the field, and the impact it’s having on Dolan’s rising viability in the hotly contested primary.

You can watch the full interview by clicking HERE.

Dolan on the significance of the Franklin County GOP Endorsement:

“It’s the largest county of Republican voters in the state. Again, I think it’s because when I talk to folks about what it means to be a United States Senator, they want know you’re going to go and fight for Ohio. I am the only one that has any experience in this race can say, ‘Look I have been fighting for Ohio. The issues that matter to you: the economy, safety, security, the border, the United States’ standing in the world, those are the issues I’ve been working on in the Ohio Senate.’And they can easily see that I am passionate about it, I’m knowledgeable about it, and that’s what we need to do: Send somebody to Washington who’s going to get things done.”

What Dolan is Hearing from Ohio Voters:

Marshall:  “Dolan says Ohio voters remain focused on two issues: The economy, linked to what he calls ‘the crippling Biden inflation’ and security.”

Dolan: “They want to know who is coming into our country. Securing the border is paramount but also making sure we’re secure in our neighborhoods, making sure that we understand that our police are not the problems for increased violence. It’s criminals that are responsible for the violence and the police sacrifice each and every day to keep us safe.”

“Dolan plans to extensively travel the state trying to distinguish himself in that very crowded Republican field. Ironically, being the only candidate who is not spending time courting the Trump endorsement might work to his advantage in this very pro Trump state.”

“The candidate I’m most intrigued about though is Dolan. And it’s for this reason, Colleen: He’s the only one not trying to tack that far to the right. In a super crowded primary where 25% might win it, is he in the best position?”

Marshall: “Do you consider yourself to be more of a moderate Republican than a far-right Republican?

“Results from a new independent poll show that undecided voters might be more likely to back Dolan than other Republican candidates. Last week, the Trafalgar Group surveyed more than 1,000 voters. Josh Mandel still the frontrunner, but that lead is tightening. Mike Gibbons in second picking up four and a half points since the last poll in December. And Dolan, the biggest riser, up nearly 5% in just two months.” 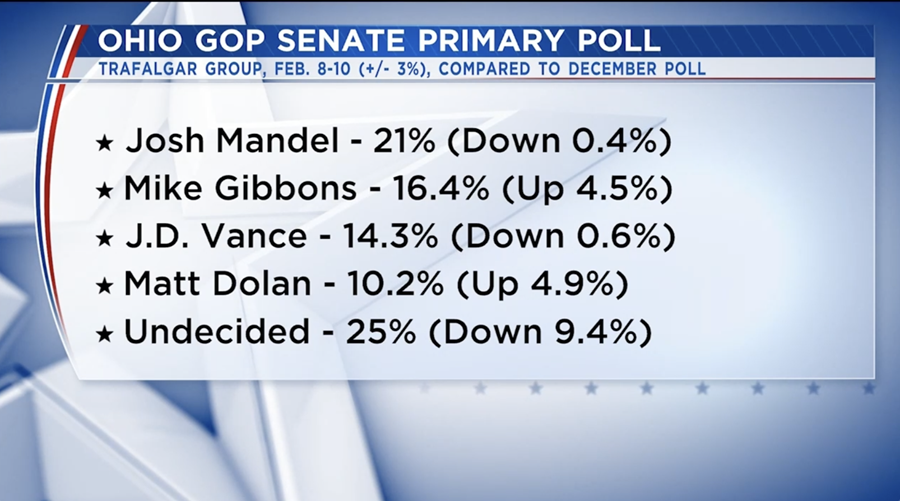